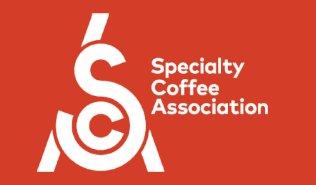 Time for a moan blog post, its been a while.

I decided this year I wanted to stand for the SCA (Specialty Coffee Association) board. I wanted to join the board to represent the interests of the groups of people I work with – producers, baristas, and small coffee businesses.

Some decisions have been made in the past years that I don’t think have been in the best interests of members – missteps and mistakes that could have been avoided. I think we should have more voices on the board that are listening and close to the existing membership, and not allow a group of people who are currently on the board select people they think are closest to their beliefs and values.

The way that the nominations for the board work is anyone can apply, and then the nominating committee decide who goes forward to the voting slate. I don’t think this is a democratic way for an organisation to behave, and can breed a system that only selects the people who want the same things as the current committee. I think the board has become a narrow group of people who have similar goals and beliefs and this is unhealthy for a large organisation with a large amount of different members involved in it, all with very different needs.

As it works out I didn’t get accepted on to that voting slate.

I believe members should be able to select from whoever fits our desires and needs regardless of how large that makes the voting options.

I feel my experience as being the past UK chapter Chair taking over at a very difficult time, and the amount of time I have given the organisation as a volunteer should of at least allow me to be considered for the vote, along with my experience. Let the members decide.

I work not just within the UK, but my partnerships in Drop Coffee in Sweden and in 3FE in Ireland give me perspectives on different markets. I also have an involvement in other markets, including New Zealand following the merger of my company with Ozone there and my travel to producing countries and links with coffee producers gives me a perspective of members thats wide and broad. Sweden, UK and New Zealand, all without a voice at board level.

I have vast experience of running meetings as a chair and participant (outside and inside of coffee), I had the time and desire to dedicate to the many unpaid hours of a board member, and felt that I could have really give something to the organisation and help repair some of the recent damage thats been done, and be a voice of the entire membership.

I’ll keep my free time and energy for another project. But when I give out about the actions of the SCA in the future, please don’t throw at me that then you should stand, the gatekeepers wouldn’t let me in.