If you haven’t seen this weeks in my mug, I insist you watch it now one of my favourites I think I’ve recorded.

I insist so much its below WATCH NOW !!!

So the reason for the post is not simply to proclaim that I like a video of myself running between coffee trees, but the location. The location is a new shop called “The Window” and is the tiniest shop I have ever been in. Small but perfectly formed and a growing bread of cosy coffee shops that do great coffee but in tandom force people to make a great community.

As a society I think we talk to each other far less, and we are told from a young age not to talk to strangers. But as a famous Bros song (I Quit) once said “Most of my friends were strangers when I met them” (did I really use a bros song as a quote) so to make new friends at some point you have to speak to a stranger. There is something about sharing a table or a bench that makes you talk to people you would normally not speak to.

This has been shown to work at The Espresso London and at 3FE in Dublin and now there is a new contender of The Window.

Based in Norwich its not in a big flash swish cool city, but its perfect for where it is. Based in 25 Wensum Street, they still manage to do your expected espresso based drinks along with pour-over single estates, bean sales, aeropress and a range of hand made cakes from a local baker, who is also a friend and regular customer.

An amazing space and an amazing shop doing really great things. Pop in and say hi to Hayley if your ever in the area. 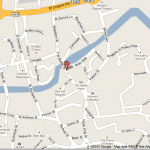