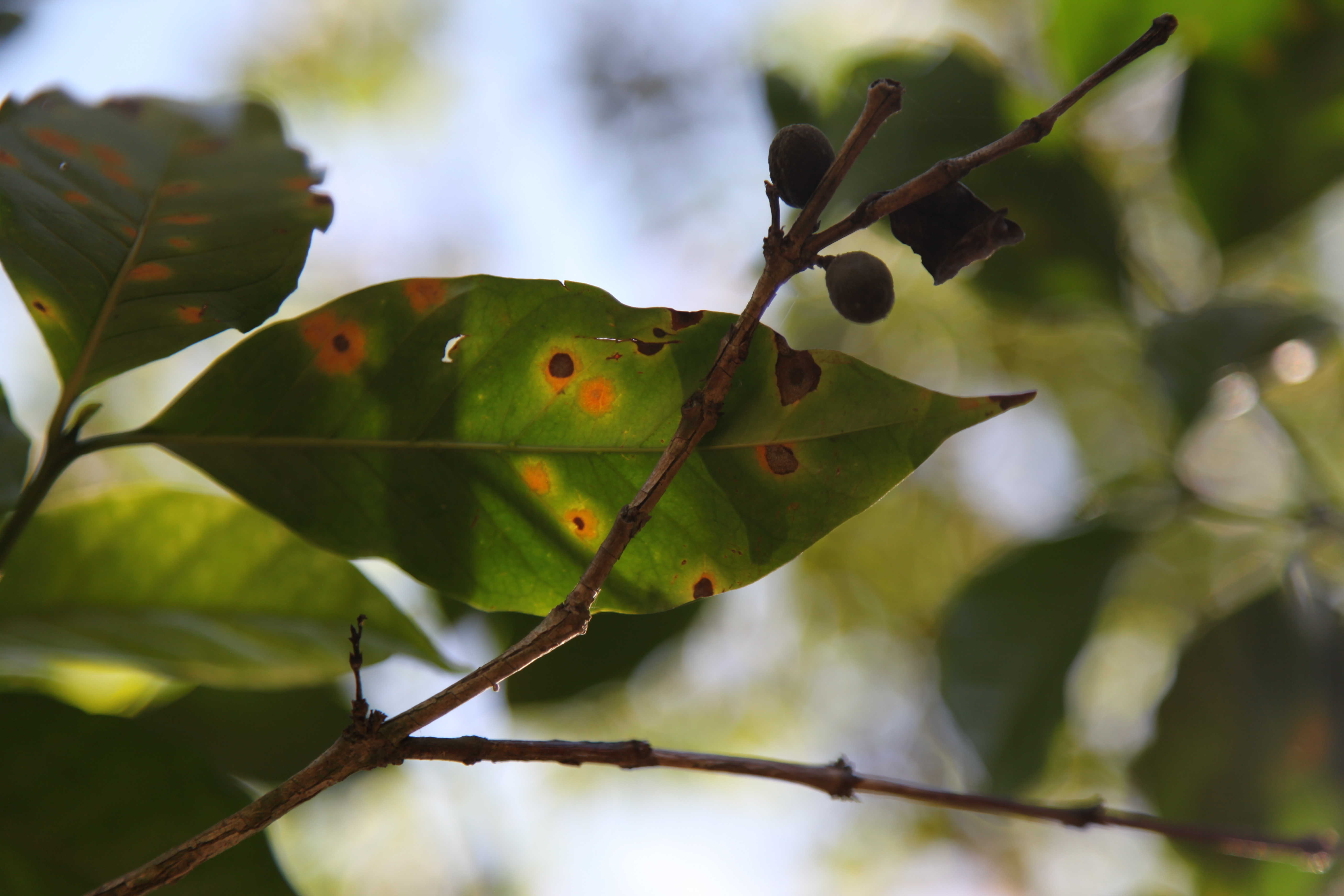 I am a very happy boy. I am very happy because the first of my two El Salvador containers have arrived. This year it’s taken an awful lot of work: a lot more work than normal. We have quite a few relationships in El Salvador so that can make it hard, and all of them are being consolidated in a new place for us this year. But mainly it’s the same relationships we have had and with great people organising the consolidated containers, so it should be smooth … right?

But the biggest factor is that producers in El Salvador have struggled to get contracts of quality together, due to the devastating leaf rust. It’s been an awful year for El Salvadorian growers, and it’s upsetting to see normally healthy and strong farms suffer.

The US department of agriculture’s Global Agriculture information network (GAIN) says that El Salvador’s coffee production is expected to drop to 507,000 bags in 2013/14 (October 2013 until September 2014), which represents a 59% drop from 2012 / 13. To put this into context, this is expected to be the lowest El Salvador production in 80 years.

This is not a unique issue to El Salvador. Reports from the Costa Rican Coffee Institute (ICAFE) say that their production will be the smallest in 37 years; it will be 1,428,883 bags, which is a 13.8% decline on 2012/14. But we hear from the producers we are working with in Costa Rica that reports of their farms’ deaths have been greatly exaggerated. El Salvador seems to have been hit harder and in a more devastating way.

We look at Farms like Finca Argentina where the figures are looking closer to 90% drop in production, where Santa Petrona is probably closer to 30-40%. So its not the same across the board. Many things have an influence on leaf rust, but the high bourbon, smaller farms where husbandry on neighbouring farms can vary.

But it’s bad. Very, very bad. All of the lots we have bought are much smaller than they have been in the past, and much negotiation has had to go on because most of the producers we work with also have other roasters they sell to, and we all had to be looked after. So it took a little longer than normal to approve and seal our containers.

But one thing we have noticed is that the cup quality of all our El Salvadors this year has gone up, by one or two points a cup. I think when the crop is smaller more attention can be paid to it. The pickers can do a better job. Also, a plant that produces less seems to produce a cup that’s of better quality than a plant that’s burdened with heavy fruit (I have no scientific reasoning for this apart from anecdotal evidence; all theories, none of them proven, but the cupping table proves it’s delicious).

The reason I wanted to throw this out there was to say: enjoy what we have this year. the coming weeks will see some of our most popular and tasty coffees coming onto the site. They will not be around as long as they have been in the past. Also, enjoy the new coffees that we have found to fill some of the slots. They won’t be around for long either.