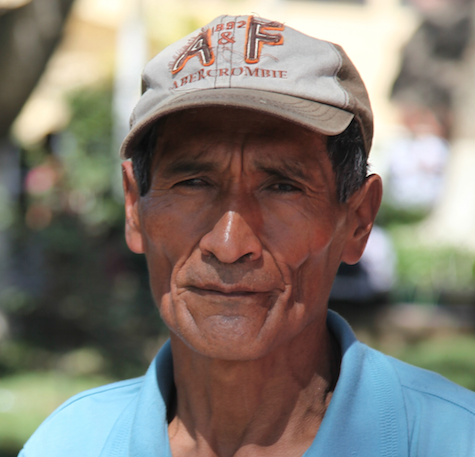 Last week saw the arrival of my delivery of coffee from Bolivia. Bolivia is a special place for me, somewhere I have visited more than any other non european country, and somewhere I love the coffee and love the people.

I have a very long blog post in me about Bolivia (I plan to lock myself in a room for two days over christmas to sort it), and I’ll go into detail there, but on the trip in August I found out that last year I bought about 2% of the entire coffee production from Bolivia in 2012. Now we don’t buy that much coffee (were are a remarkably small coffee roastery) so 2% is incredible.

But whats more incredible (and disturbing) is how the coffee industry in Bolivia is disappearing, and being eroded (again for my long blog post).

So anyway back on topic, for a couple of years (this is the third) we have been stocking a coffee called Finca David Vilca. Finca just means farm in Spanish, and David Vilca means well the man David Vilca. Its quite normal for the farms to be so small or so unidentified that they don’t have names in Bolivia and in particualr around Caranarvi. When visaiting for the first time I asked David what the farm was called, and that was it, its cute and its kind of stuck.

So the first couple of years I didn’t think David was so interested in my visits, when ever I spoke to him he either ignored me, or just looked at me strangely and grunted. Now my spanish is awful so I guessed this was my rubbish pronunciation or he just didn’t like me. But his coffee is so amazing I didn’t care if he never spoke as long as he keeps the quality of the cup up.

But in the back of my mind I want everyone too like me, so on the drive up to the farm this year, I asked the exporter if this was normal. Blushing he tells me that the last two year he explained to David why I was visiting, but his hearing is not so good and Davids didnt know why I was there.

His hearing got damaged from years of mining, and he had no idea who this crazy guy was walking around his farm. But last year after I had left he asked why I had come for a second year and who trhe heck I was.

They had told him what we had been doing with his coffee, and how much we love what he does. Inspired and embarrased he asked the exporter what he could do for us for next years visit.

We had just agreed with some other local producers to do some different processes and they told him about this. So he decided under his own steam to do some unique lots for us with a Natural and Honey (I have never seen Honey or Natural Bolivians this was so exciting). But not any old Natural he wanted to give us a farm lot and a mill lot. David has never ever done any processing himself, always rellyed on the mill, so this is amazing, and real progress.

This years visit was so so different, he welcomed me into his home, his wife insisted on giving us a snack and a drink, and the whole family came to see me (his daughter, son in law and granddaughter), and showed me these different processing lots.

The visit was amazing, they wouldn’t let us leave, night came and they were still keen to show us everything about the farm (and I if the truth be known I didn’t want to leave either). But eventually we did and on the drive home I asked why David didn’t have any hearing aids to help him hear (much shouting had gone on the farm that day).

The exporter began to tell me they gave him some money for the hearing aids a few years ago, but it got spent on a satellite dish to keep his wife happy (its a long way from any entertainment or any anything) so I can kind of understand.

So I suggested that we pay for them but the exporter gives the money to the hearing clinic. It seemed like a good idea, but David does not want the money from me, so I had a better idea, why not from you ?