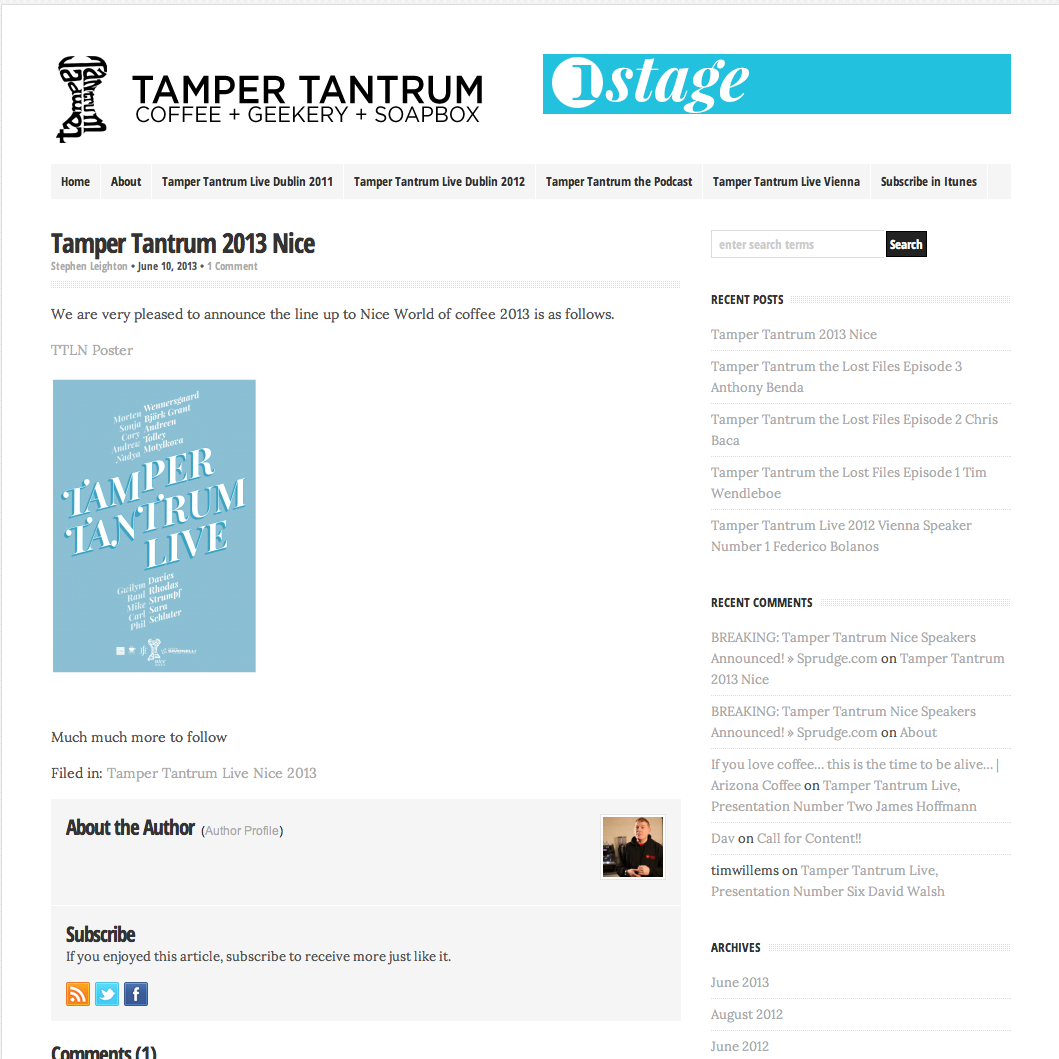 Some of you may know I do this project with my buddy Colin Harmon called tamper tantrum. A chance for coffee professionals to come together to talk about coffee stuff.

This year were hosting the event at the World of Coffee event in Nice France, and we announced our line up last night.

We did the same last year, but lost all the video. But I have been turning them all into audio podcasts and will be releasing them on the run up to the Nice event. I hope you get a chance to listen to some of them.