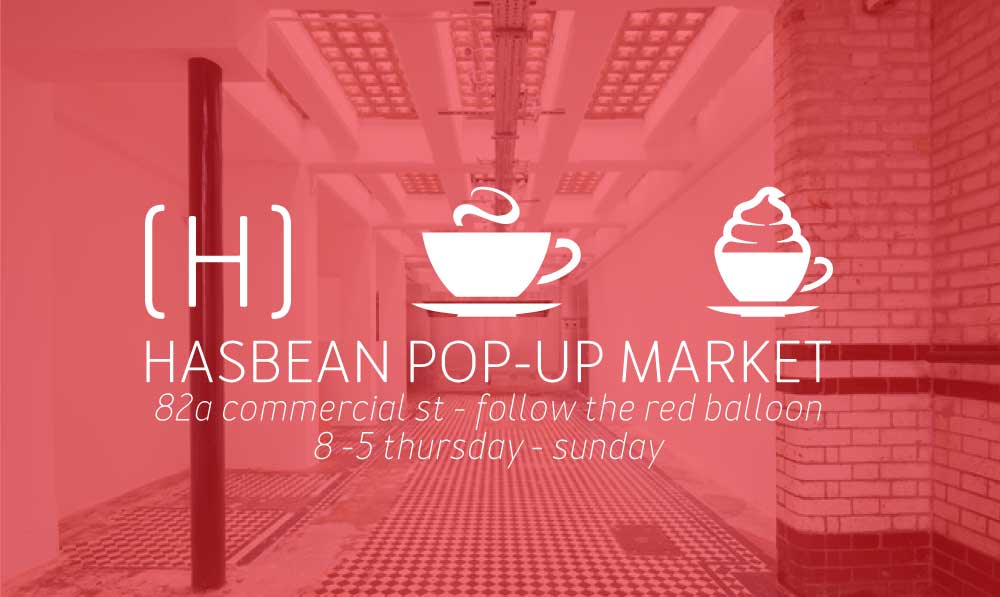 The London Coffee Festival has finished and we are at the end of London Coffee Week, and to celebrate the latter we decided to open a four day pop-up market in East London. A converted underground toilet was the scene for our pop-up home (please insert your own joke about has bean going down the toilet).

We saw this as a chance to meet old friends and make some new ones who were in London for the festivities, but also treated it as a chance to play. Petsie Williams was brought onboard as our donkey, to plan and make sure we knew exactly what we were trying to do, under the guidance of Dale Harris our resident donkey (two asses are better than one). Sonali our resident Field Operative, Will our new boy (what a way to start your first full week) and head Hasbara Katie did the rest. 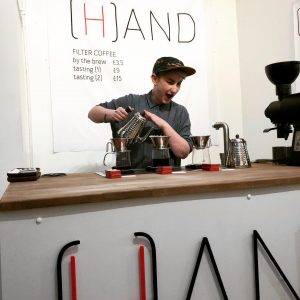 Me, well – I flew from Stockholm to London and turned up at the pop-up on Wednesday night at about 10 pm when everything was done, bosses prerogative, right?

The space was a little rough around the edges before we got our hands on it and lots of work was done by the team to turn it into what you saw. I think in London they would have called it bohemian. The set up was simple we had four stations covering four different aspects… 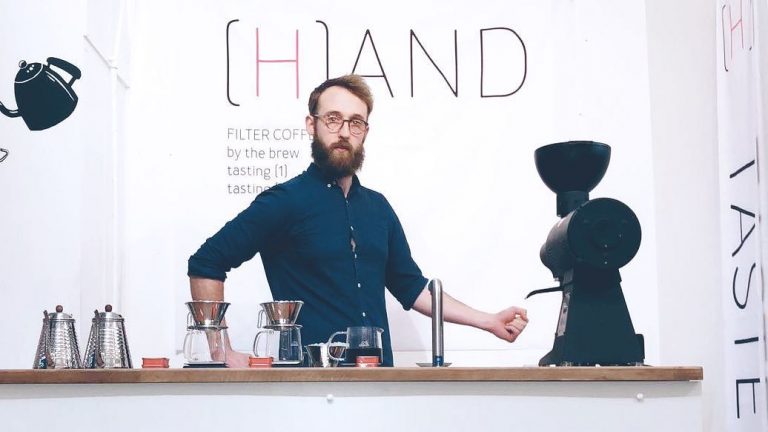 Just like [H]AND’s former iteration at Uniqlo’s 311 Oxford Street shop, this area was all about showcasing the awesomeness of collaboration through hand-brewed coffee. We had three different coffees on every day that showcased a selection of coffees from a different one of our long-term relationships, looking at processing and varietals and groups of coffees from one producer with different farms.

Here we just had fun. No full food menu but soft serve ice cream with toppings to highlight Dale Harris’s signature drinks from his winning UKBC and WBC routines this year. This was fun, I got to play ice cream man, and the toppings were amazing. The brainchild of Petsie I’m fairly sure he had the most fun from this part. Click on the pictures below to see what we were offering…

WATCH: In My Mug

My video blog, looking at coffee, we had a mini Linea from La Mazocco that you could have a play with this week’s In My Mug coffee (also I recorded this week’s IMM at the pop-up). This was a chance to buy a subscription (thanks to those who did) but also for me to explain what it is and why I do it.

It was the return of the Modbar where the team (i.e. not me – I make coffee go brown not wet) were brewing amazing espresso and milk based drinks for people to just enjoy. The Modbar gave us the perfect opportunity to have conversations without a big huge machine on bar, and for people to have drinks to enjoy and not think too much about. We also had a treat on the Saturday where Dale used the very last of this year’s competition coffee from his WBC routine that was all the fun.

But we also had another section on Thursday night… 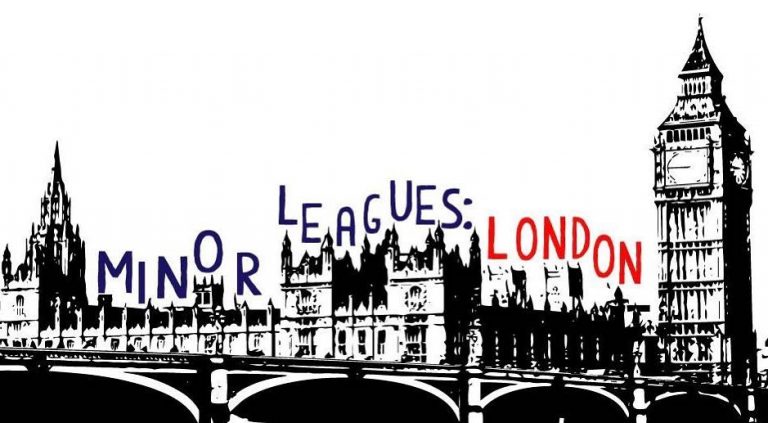 Stephen Moloney (former Swedish Barista Champion and all round superstar) brought his fun competition to London with the help of the Has Bean Team.

The 1st round baristas in their teams (two) had 15 minutes to hand brew the best cup of coffee possible. The teams had access to the mystery coffee from 9 am the day of the competition. Teams were judged by 2 VIP sensory judges (BIG thanks to Martha Dalton of Coffee Bird and Tim Wendelboe of ….. well Tim Wendelboe). Teams had serve at least 300g of BREWED coffee to the judges in either Kalita or Chemex.

Round 2 – Smell (n)o vision the teams were blindfolded and placed in front of 5 glasses of ingredients. They had 5 minutes to guess what ingredient is in each of the glasses. Each team will have a different assortment of aromas to evaluate.

Round 3 – Competitors were given three cupping bowls and a funky map that they had to decide what Central American country they were from. This proved the toughest of the rounds with no one getting it 100% right.

The winners were Stephen and Sarah from Bailies and much fun was had by all. 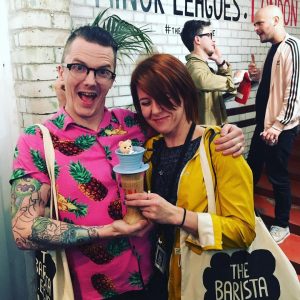 Friday saw Jordan and Zachary from the infamous Sprudge pay us a visit, and they wrote the kindest article you can read here about the pop-up from a non biased perspective. 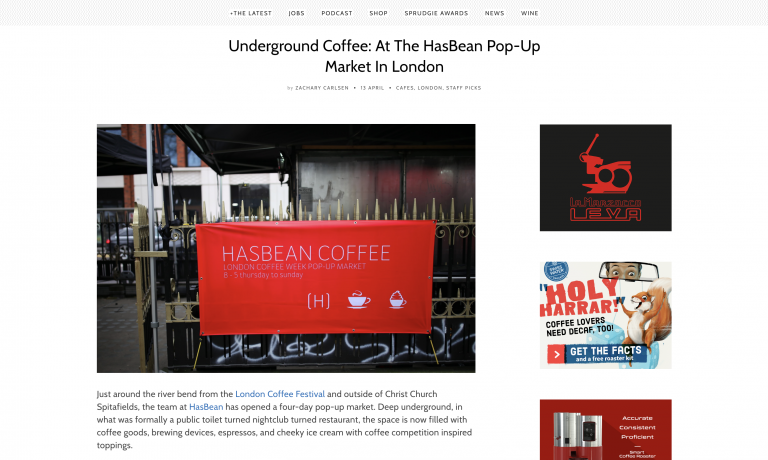 Much great food was eaten at Hawksmoor and the famous St John right by where we were. Great spending time with the team. 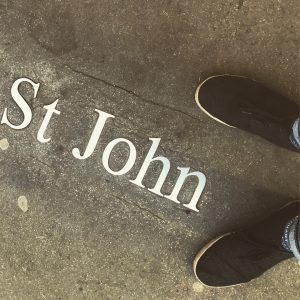 Thank you to everyone who swung by, hope you enjoyed it as much as we did.

But it’s never ever happening again, we are all exhausted!!