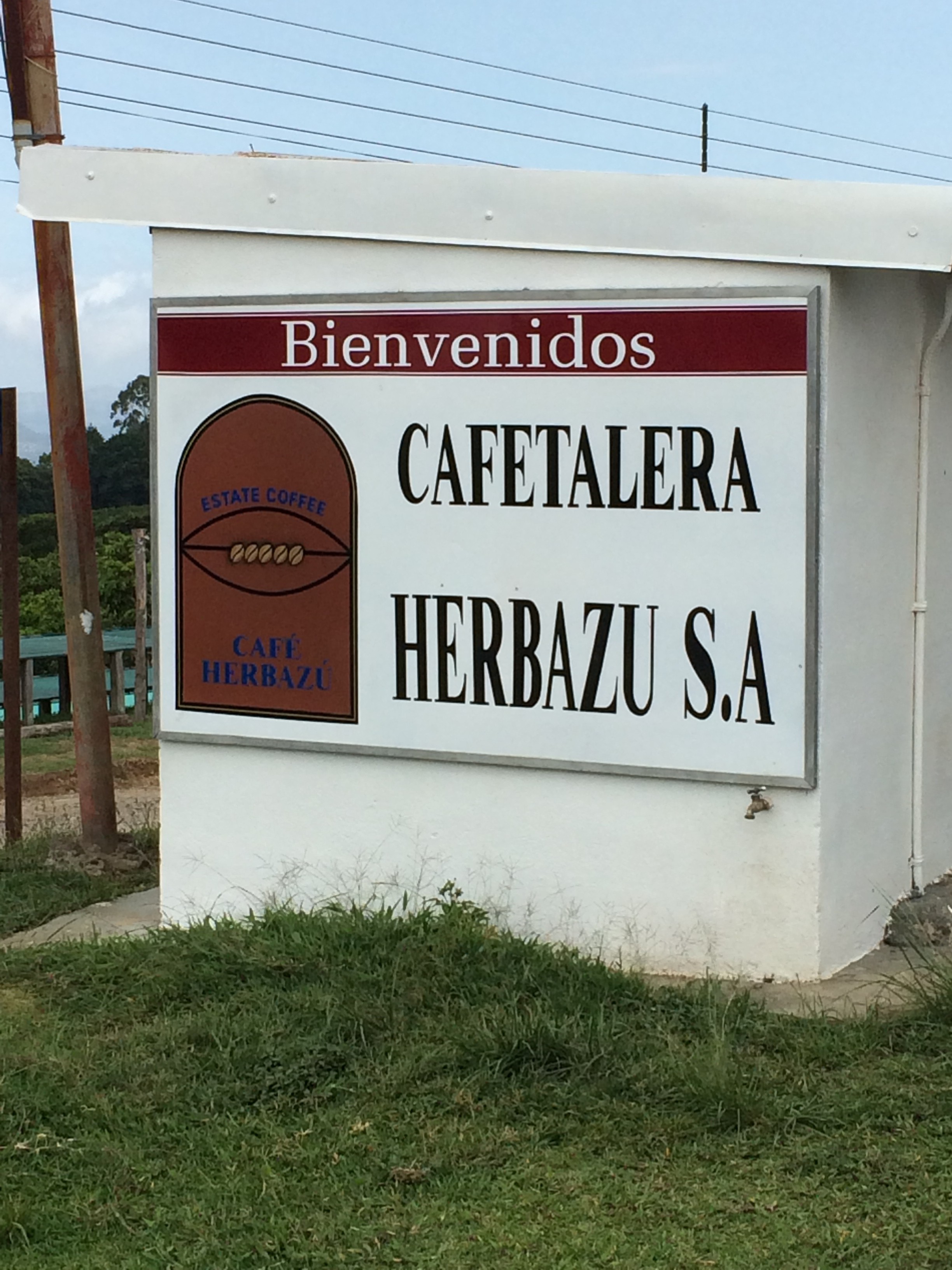 So Roland sneaked in an extra day before his flights home, so here it is.

I kept up the busy pace for my last day in Costa Rica. Francisco, our exporter, arranged to take a group of jury members out to the West Valley to see some of the farms and mills that had success yesterday. Luckily for me, there were some familiar names in the Cup of Excellence results!

We started with a visit to the Herbazu micromill. Antonio from Herbazu won the top spot, and of course we’ve had coffees from them for quite a few years now, so it was great to see him and the mill. From there, he took us up to the farm plot that had won – Leoncio. Named after his grandfather, it’s a very organised farm. He’s planted it with a range of different varietals – bourbon, geisha, villa sarchi, Ethiopian, Catimor and the one he used for the winning lot – SL28. This is one we think of as a Kenyan varietal, but in this case his seeds came from El Salvador. 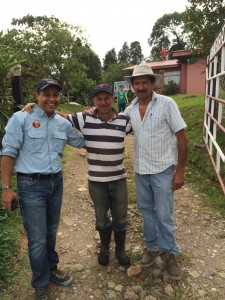 This was also a great example of how close speciality coffee growing in Costa Rica – and especially the West Valley – is: Finca Leoncio is the plot of land directly below Cafe ARBAR, that I had visited last Saturday! As we were leaving, we stopped to say hello to Carlos there and he ended up coming with us to our next stop. Only two minutes down the road, we found ourselves at the Vista Al Valle micromill – another familiar name! As it happens, Carlos is also a cousin of the family who own the mill, so soon all of us were in the family’s front room were they’d put on a lovely spread of fresh fruit for everyone. 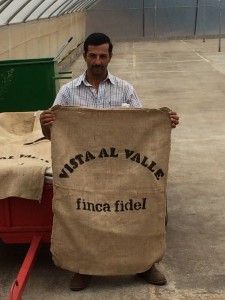 We then took a look around their mill – it really lived up to it’s name – View of the Valley. After spending time looking around, Francisco, ourselves and all the producers and their families went up to a local restaurant for some lunch. It really reinforced the sense of community within the West Valley, as more farmers turned up and everyone chatted over food, with lots of congratulations to Antonio!

All that was left was for me to head to the airport and the long journey home. Saying my goodbyes, it felt hard to imagine that I had only met everyone in the last week. Being on a Cup of Excellence jury and meeting producers was an intense experience – absolutely incredible – and one I’ll never forget. 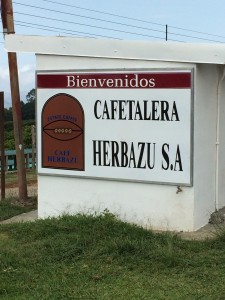