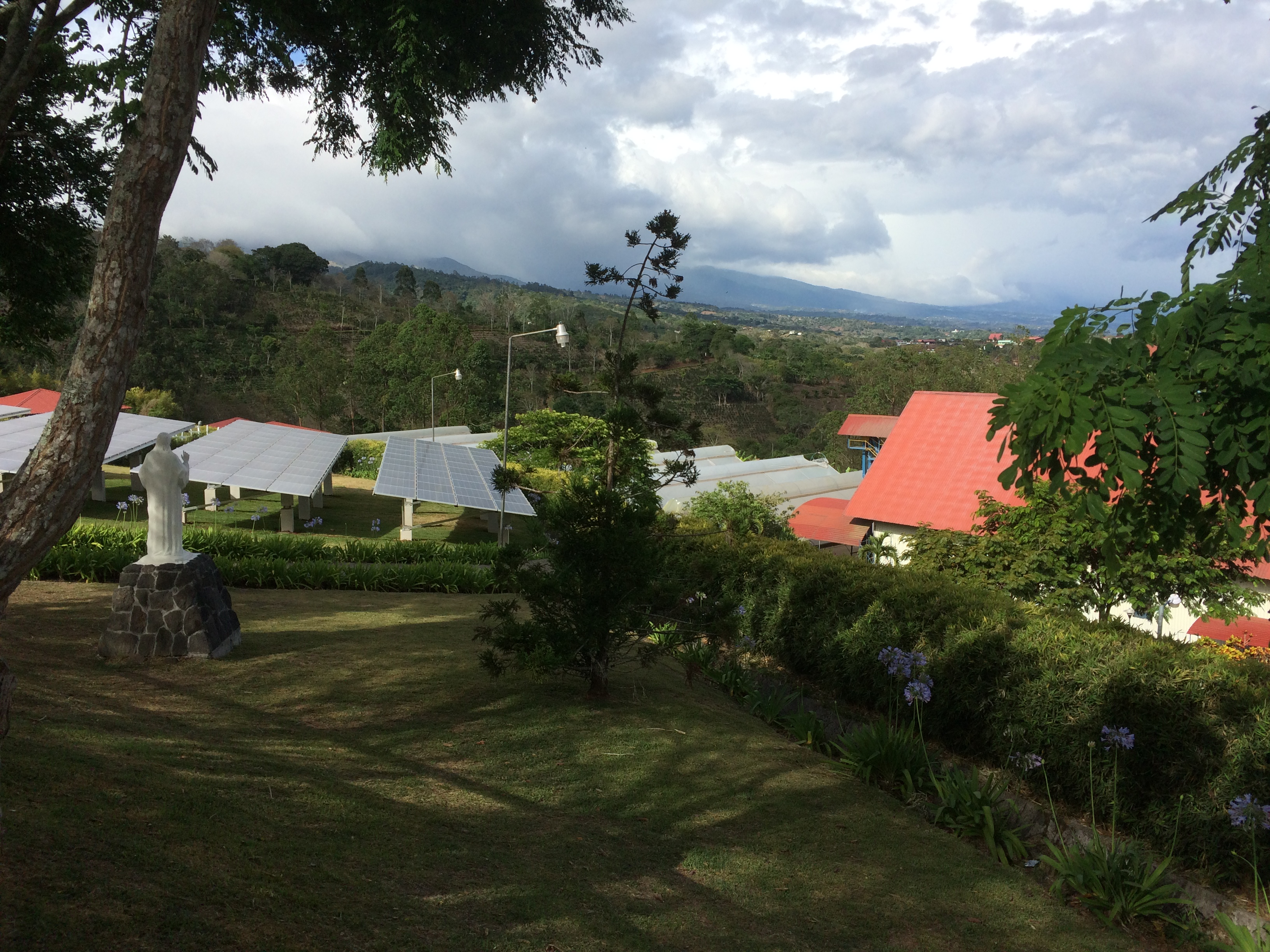 So the diary continues, he hasn’t been taken by bandits or tied up and held hostage, he’s still cupping 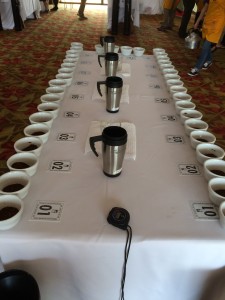 My time in Costa Rica has really flown, with today being my sixth day and also the end of the first round of the Cup of Excellence competition. Very much as Day 5, today we started at 8am and did three rounds of cuppings to score the remaining coffees. Our discussions after scoring are really interesting to see which coffees split opinion, and which we mostly agree on. Before tomorrow, all our scores will be averaged, allowing the round 1 coffees to be cut down to round 2 contenders, which we will cup again.
After lunch, the International Jury was taken on a trip to a farm and mill near Naranjo called Finca Santa Anita. Not far from Cafe ARBAR, I got to again see the beautiful views of the West Valley. 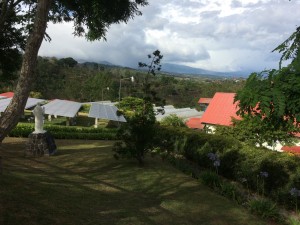 At Santa Anita we met the family who own the mill and farm – the 3rd and 4th generations since the farm was founded. The farm processes about 14,000 46kg sacks of coffee a year, both from themselves and other small farms in the area – quite a bit smaller than Beneficio La Eva that we saw yesterday. A really clean and well organised farm and mill, they’ve also invested in solar panels which provides 85% of the electricity they need to run the mill when it’s busy. In their cupping room, I had a surprise, as their cupping table and sample roaster are the same type we used at Has Bean until recently. 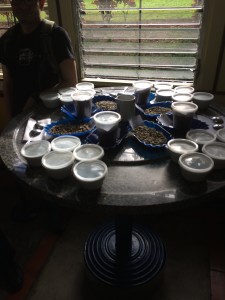 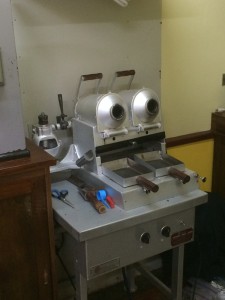