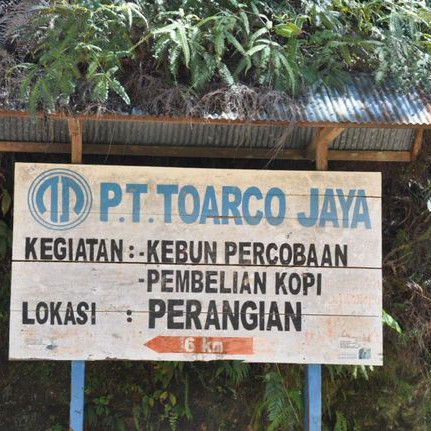 So for the next 12 working days (taking us up to the 22nd the last royal mail posting day) we have the Has Bean 12 days of Christmas for you, This is going backwards 12 days, not the traditional 12 days after Christmas (any excuse really to post).

so today instead on day six an area we have not seen coffee from for over two years.

It’s a long time since I’ve been able to find a Kalosi that I’ve been happy to stock, in fact over two and a half years, then two came along at once.

Sulawesi (Celebes), was influenced and controlled by the Netherlands from 1605 until World War II. In 1669 the Dutch East India Company took control of the trade in Sulawesi. The Dutch built Fort Rotterdam in Ujung Pandang (now Makassar) in the mid 1600’s and not until 1905 they finally gained control of the whole island becoming part of the Dutch state colony of the Netherlands East Indies. The Dutch East India Company was in control of coffee production in Indonesia during most the 1700’s and introduced Arabica Coffee (Typica) to Sulawesi in 1750.

Indonesian coffee has traditionally been processed with the Giling-Basah method, or wet-hulled like Sumatra. In 1976 TOARCO, a Japanese-Indonesian joint-venture, introduced to Sulawesi the traditional washed-process, similar to Central America.

Toarco owns the Pedamaran Plantation at 900 – 1,250 m.a.s.l. and purchases wet-parchment (at 40% moisture) from small producers at 1,200 – 1,800 m.a.s.l. Coffee is trucked to Pedamaran Plantation immediately and coffee gets dried on patios at their mill facilities. If a producer wants to sell their parchment coffee to TOARCO they need to get certified to their standards as far as selective-picking, storage, transportation, moisture levels, etc. Farmers are issued ID cards that allow them to sell their coffee at various purchasing points in the Tana Toraja region during the market of the week. This lot comes from those small producers at the higher altitude areas rather than the plantation.

Most of the coffee produced in Tana Toraja is S795 variety, a Typica hybrid. This proves once again how important the variety translates in the cup. Indonesia has a great deal of Catimor, a Robusta-heavy x Arabica hybrid, but Tana Toraja has kept high-quality varieties.

In the cup expect a full body, but a sweet milk chocolate, mixed with a pith orange peel and walnut, with an unmistakeable, clean leather finish.

You can buy me here