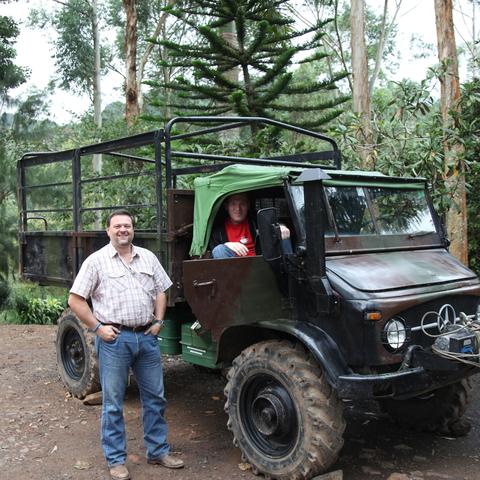 I have a very exciting and interesting job, surrounded by amazing coffee all day, every day. Sometimes I forget just how lucky I am.

A conversation with a friend sparked an idea in my head that I should do a blog post on how it is that we have so many different coffees from one farm. It started by talking about Finca Argentina in El Salvador that a couple of years ago we had 21 different coffees from. That’s 21 coffees that were either different varietals, from different tablons (small pieces of land) or processed in different ways, but all from just one farm. Those 21 coffees demonstrated how much diversity there could be from 1 coffee to the next even when they’re all from a single farm.

I then went on to talk about all the wonderful Nicaraguan coffees we have from Finca Limoncillo this year, and my, my, my, there are so many! And so here we are my friends…

My relationship with Finca Limoncillo began in 2007, and back then we were buying their delicious coffee as part of a buying group. I loved it from the very first time I cupped it, and it was a coffee I just had to get. It was only after the auction closed that I discovered it was owned by a family in Nicaragua who were already good friends of mine, and indeed probably the only people I know from the whole country!

The following year I visited the farm with our importers and spent the whole trip begging them to bring the coffee in for us. Eventually, they caved in (possibly just to stop me pestering them!) and kindly did so.

This set-up worked well for a time, but we received notice a couple of years ago, that the importers were not going to be buying the coffee any more (and for reasons other than the cup quality). This led to some frantic phone calls and a thorough search down the back of the sofa for loose change to fund buying twelve months’ worth of coffee all at once. There were many, many obstacles in the way of doing this deal, but we were lucky in that we were able to pull everything together in a very short amount of time.

The upside of all of this is that we now work directly with Finca Limoncillo instead of going via anyone else, and this is a relationship I’m super happy to have. This coffee has gone from a one-off Cup of Excellence buy to a fantastic long-term relationship.

Finca Limoncillo is located in Matagalpa and, at 171 hectares, it. is. huge! Situated at an amazing location, it boasts 9 waterfalls within the farm and is owned by the Mierisch family; as I have already said, they’re good friends, and also well-respected producers in Nicaragua. They’re known for their experimental processing, varietal work, and exceptional coffee. Back then we just bought the washed Caturra from them…

Each time I visited the farm I got to try exciting new coffees that were processed in different ways and/or different varietals that they were experimenting with, primarily Pacamara. Pacamaras are a little crazy on the cupping table. Pacamaras are exciting. I like Pacamaras. Mmmmmm Pacamara!

Then we got a chance to play with processing. Natural processing that’s been done by a great technician who is on the side of ‘as mad as a box of frogs’…this is one of the most complex, one of the most exciting, and one of my favourite natural coffees of recent times.

They told me that they’d been trying a new policy of turning the coffee more often, which I decided made it more ‘elegant’ (see the other natural Pacamara we’re offering), but quite different.

But they did have one lot which had not been turned as often and was more crazy. So they prepared the sample for me to cup, and the first word I yelled out was “FUNKY!” so this lot made it into the bag! A collaboration of processing between roaster , grower and a mistake.

From there we then got to taste something very new and super exciting. Pacamaras are always red (or so we thought). When we visited a couple of years before they had found a plant where the usually red fruit was yellow. I’d never seen this before, and Erwin who is well travelled in the coffee world had not either. We cupped it and it tasted completely different to the Pacamaras I’d tasted in the past, and WOW was it delicious! I begged Erwin to sell us some but he told me they were using all the crop to create more seedlings to plant more coffee, but that it would soon be available. Gone were the days of me being a red only kinda guy.

Fast forward 2 years and it was available in the Los Favoritos Fincas Mierisch auction where some very special lots were up for grabs to the highest bidder. After tasting what I tasted in Nicaragua I knew I had to have it, through the bidding process the entire production of yellow Pacamara from that year was split between us and another amazing roastery in Japan, and so the journey began.

Fast forward a bit more to this year and we had a washed, a pulped natural, a natural and a funky natural (!) which will mostly be released over the next few weeks. The pulped natural is already all gone as it was sent out as a Steve’s Super Secret Stash Subscription (#SSSSS) exclusive, the natural and washed will be available on our website and the funky natural will be available through our exclusive range.

Not happy to stop there, next was the multi-named Javanic / Longberry. It’s a long story how this came about so I’ll hand over to Erwin to let him explain how they came to have this unique coffee…

“Here my ‘story’ begins back in mid-2001. I sound like a grandfather …
My father and I were coming back from visiting some top farms in Nicaragua, as we sometimes did – and do – in order to learn from our neighbours. If we discover anything worthwhile we then implement those things to improve efficiency and quality on our own farms.
As we drove past the UNICAFE experiment station Juanetillo, which had gone under, a man on the side of the road flagged us down and explained to us how the experiment station had closed down and that his ‘severance’ was tools and coffee seeds since they did not have the cash to pay him. He asked if we would be interested in helping him out by purchasing these items off of him. In all honesty, I was not very happy that my father forced me to stop to see what this man wanted; therefore, I was not very receptive to his offer, but I purchased a bag of seeds and old beaten up shovels. I gave no immediate thought to the 20lb bag of coffee seeds that was labelled as JAVA.
My father later showed these seeds to our then-supervising agronomist Ing. Patricia Contreras, who had worked at that research station, and she was ecstatic. She told us about how great this coffee was, but also that it was not very productive nor resistant to disease, as she recalled from running this study at Juanetillo back in the ’80s. She also said that the real name for it is Longberry and that it has its roots in Ethiopia.
We began to run some more experiments – various altitudes and processing methods – and have been learning how to manage it since.”

As far as we can tell the Longberry varietal is a Typica-type coffee because of its bean shape, as is the Geisha. Its physical appearance is a uniform seed that is elongated and has been described by several of our customers as an ‘Ethiopian Long Berry type’.

You would think that’s enough, but next, we have Ethiosar. The varietal Ethiosar is a stable hybrid plant. It is a cross of an Ethiopian variety (Rume Sudan) with a Sarchimor (a cross of a Villa Sarchi with a Timor variety). The offspring of this plant is then crossed once again with a Villa Sarchi (an improved Caturra / Bourbon from Costa Rica).

The Timor variety is the robusta variety used to produce all the Catimores. In short,it only has a very small percentage of Catimores in it, thus making it very resistant to rust in most parts of the world. The Rume Sudan is a very old variety of Typica from Ethiopia. Both Rume Sudan and Villa Sarchi are known for their great cup characteristics.

What Ethiosar does is increase production by up to 40% whilst only needing 2,800 plants per manzana, whereas with Caturra you would need 4,000 plants. This may not seem important until you begin to think that each plant needs fertiliser, so not only are you getting more yield but it’s cheaper to grow because you need less fertiliser, fewer plants (plants have to be grown or bought), and it’s also quicker to pick. On top of all of this, it’s super tasty.

Again taking advantage of their amazing skill at processing we have a washed, natural and pulped natural…

16 coffees from one farm, 5 varietals and up to 4 processes! We’re very lucky to work with Finca Limoncillo, but impressively the Mierisch family have even more farms from which we have a washed Catuai from Finca La Escondida and an experimental “perla negra” honey processed lot that’s also Catuai. The “perla negra” x honey process is going to be a coffee shop exclusive (so no, you can’t have any!) and we will let you know where it will be when it’s decided.

Also from La Escondida we have a very exciting and very rare low caffeine varietal called Laurina! If you’re sensitive to your caffeine then make sure you try 1 of our Laurinas, we have the varietal processed as a washed, pulped natural and natural.

The fact that the family are friends helps us drill down into the details of what they do for the people who work for them, and the information continues to prove to me that good people grow good coffee. 20 coffees one family and all so very, very different. I really do have the best and most exciting job in the whole world.