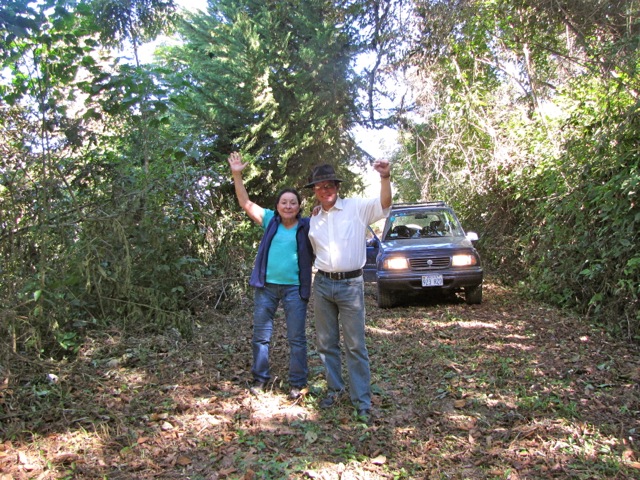 One of the most emotive and responded-to blog posts I have ever done was this one here, on the plight of the amazing farm Machacamrca. http://www.hasblog.co.uk/no-machacamarca-this-year

It was a truly sad event. The farm was taken from the family by the local community, in an unlawful land grabbing episode, which shocked the family and me.

Machacamarca de Berenguela is an old farm in Sud Yungas, Bolivia, which has belonged to the Andrade family for over 150 years. Its more than 100 hectares are located on top of a small mountain, looking out towards the high snowy peaks of the Andes as well as the rugged foothills that spill onto the tropical plains of the Beni. The adobe walls of the old farmhouse are a meter thick, and the ancient chapel (with a resident ghost) plus its belfry with heavy bronze bells crowns an open and serene landscape.

In the 18th and 19th centuries Machacamarca was a traditional coca-leaf producer, but in the middle of the last century Victor Andrade drastically altered the productive scenario by planting groves of citrus fruit and various forest tree species. Coffee, however, was always present “for home and family”. Grandmother Maria, daughter and grand old lady of this land, did not conceive “store-bought” coffee, preferring to personally roast and grind her coffee in a small wooden mill each morning in order to have her coffee “as God meant it to be”.

Towards the end of the 1990s, with the precipitous drop in the citrus market and a problem with the citrus trees, the cultivation of coffee was expanded in earnest by planting varieties known for their quality and resistance in the shade of tall “siquili” trees, favoured by hummingbirds and honeybees. Slowly the Andrade family has sought to improve its product, convinced that superior-quality coffee is one of the answers to the environmental drama of the Yungas valleys, seriously threatened by indiscriminate cutting-down of the forest and the proliferation of coca-leaf plantations.

We first stocked this coffee from the 2007 Cup of Excellence lot, and it very quickly became my favourite of that year. It also proved to be one of your overall favourites regardless of its Cup of Excellence price premium. The relationship is strong between the family and Has Bean, culminating in me spending a week in July 2010 living with the family, picking the coffee and helping with processing. It was one of the most stunning weeks of my life, and the hospitality of Mario and Maria was amazing.

When I visited last year, I met up with Lupe to see if we could help in any way with the issues, and I have kept in touch regularly. The reason to bring this up on a blog post now is I received an email from Lupe this week. I must get at least one a week with people asking for an update, but this is the first time I have been able to respond with a positive update

So this is in Lupe’s words

Hi Stephen,
Thank you for your note. Actually, and perhaps miraculously, we have made advances, and I have a meeting set for next Wednesday, to discuss the terms of return of the property. A month ago we were able to go on an inspection with judicial authorities, and the house was completely sacked, I mean completely, with even the light fixtures, the toilets and washbowls torn out. Some things have been returned (to a storeroom in the community) and were sealed by the District Attorney, but they may be a bare 10-15% of what was there. Fortunately they did not destroy the coffee plants (at least that I could see), nor burn and cut down many trees. I hope we will be able to return in June, and assess the damage further – in terms of the coffee, it will mean another year’s setback at least, as this year’s crop, if there is one, will be tiny. However, coffee is amazingly resilient, so with judicious pruning and organic fertilizing, next year may see a small but exportable crop. I shall let you know next week, after the meeting, what perspectives we have. Thank you for your concern… Lupe

So good news!! Not great news, but progress: news that we may see this amazing coffee again.

I will keep you posted