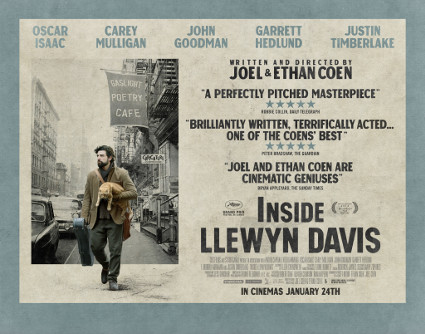 We were recently contacted to see if any of our wholesale customers wanted to help spread the word about the release of the Coen Brothers’ highly anticipated new film, Inside Llewyn Davis (in cinemas on 24th January).

The Coffee Works Project near Angel Tube are hosting a gallery of stills from the film from Friday the 18th, live music from Harry Harris, (@CmonHarris, www.harryharrismusic.com)on Saturday, whilst music from the film will be playing throughout the weekend – 96-98 Islington High Street, London, N1 8EG

The Plough in Harbourne will be serving filter coffee with the film soundtrack playing throughout Saturday – 21 High St, Harborne, Birmingham, B17 9NT

Didn’t you do Well on bristol’s Park Row will be featuring the soundtrack and possibly live music on Saturday too!!! – 20 park row , Bristol, BS1 5LJ

Each of the sites will also be running a competition giving you the chance to win Coen brothers goodies and soundtracks, a separate competition will be running through HasBean so keep an eye on my twitter

We’ve created a delicious blend of coffee, evoking 60’s Americana, the folk movement and, well, black coffee!!!! perfect for drinking through a Chemex whilst working on that difficult transition from protest folk to electric instruments!!!!!

This blend is only available for drinking at these sites on these days so drop by, drink the coffee, meet new people, go see the film, have fun!

For more information on the film visit facebook.com/InsideLlewynDavisUK 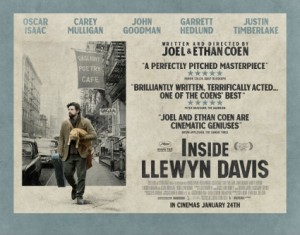