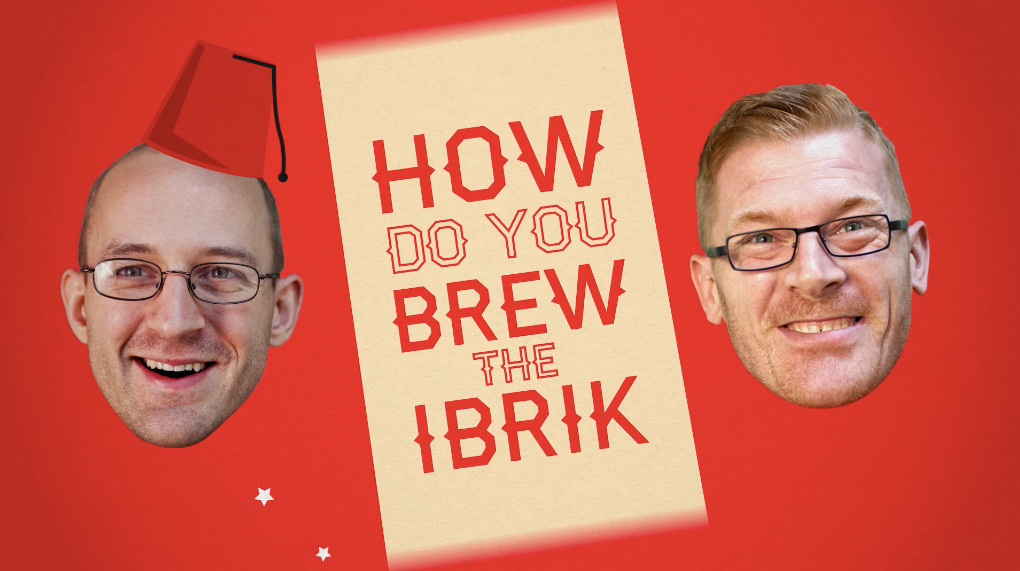 As I’ve already said I have kind of neglected this blog for a long time. But I have still been creating content, and lots of it. One of the most popular things we have done is our brew guides.

Now a brew guide is not a verbatim way to make all coffee (as some guides will have you believe): it’s my methods shared with you. But the latest one is actually not my method. Instead it’s the ethos and idea of my good friend and fellow coffee roaster Roland Glew.

Roland has been with us for a while now and is an unusual fellow. We are all a bit strange at Has Bean (geeky obsessive types). Working at Has Bean is fun with all these characters; it’s very relaxed and we play many pranks / jokes on each other. A couple of years ago Chris decided it would be fun to play with the auto correct on all of our phones and whenever I typed Roland it came up with “ibrik” (this was one of the least offensive ones that he changed – some of them I couldn’t tell you here).

It came up Ibrik because of Roland’s love for the brewing method and in our heads it was a teasing way to dig at him. You see, the Cezve (another name for Ibrik) is a brewing method frowned upon in specialty circles; so much so the people who arrange the barista competitions have been trying to kill it off, and dropped it from their programs this year.

Never one to follow the cool crowd, I got interested in the Ibrik because of the lack of interest from the cool kids. So I helped make sure we had a competition this year in the UK, and in order to try and raise some interest, I also entered. This is where the problems started. I had tried to make a few Ibriks in the past, but they were normally horrible and badly made, and this was the reason I made fun of them.

So I turned to Ibrik Roland for some advice, and he became my “coach” for the competition. The first one I made was absolutely delicious (and I mean generally delicious, not just delicious for an Ibrik). Now, I didn’t do so well in the competition because I made a stupid mistake on my signature drink, but I have become a bit of an Ibrik convert. I found if you put good coffee in you got good coffee out.

I am not drinking Ibrik everyday, but there are lots of brew methods I don’t feel the need to do that with. But every now and again since the competition I have dusted off my saucepan, and got on with making an Ibrik coffee.

I wanted to share Roland’s wisdom with you all and change the model of the brew guides being only my methods (well it is now). We have a saying at Has Bean; don’t be cool, be good.

Down load the pdf version of our brew guide here ibrik

Or watch our video here

You can buy ibriks here

You can see our other brewguides here