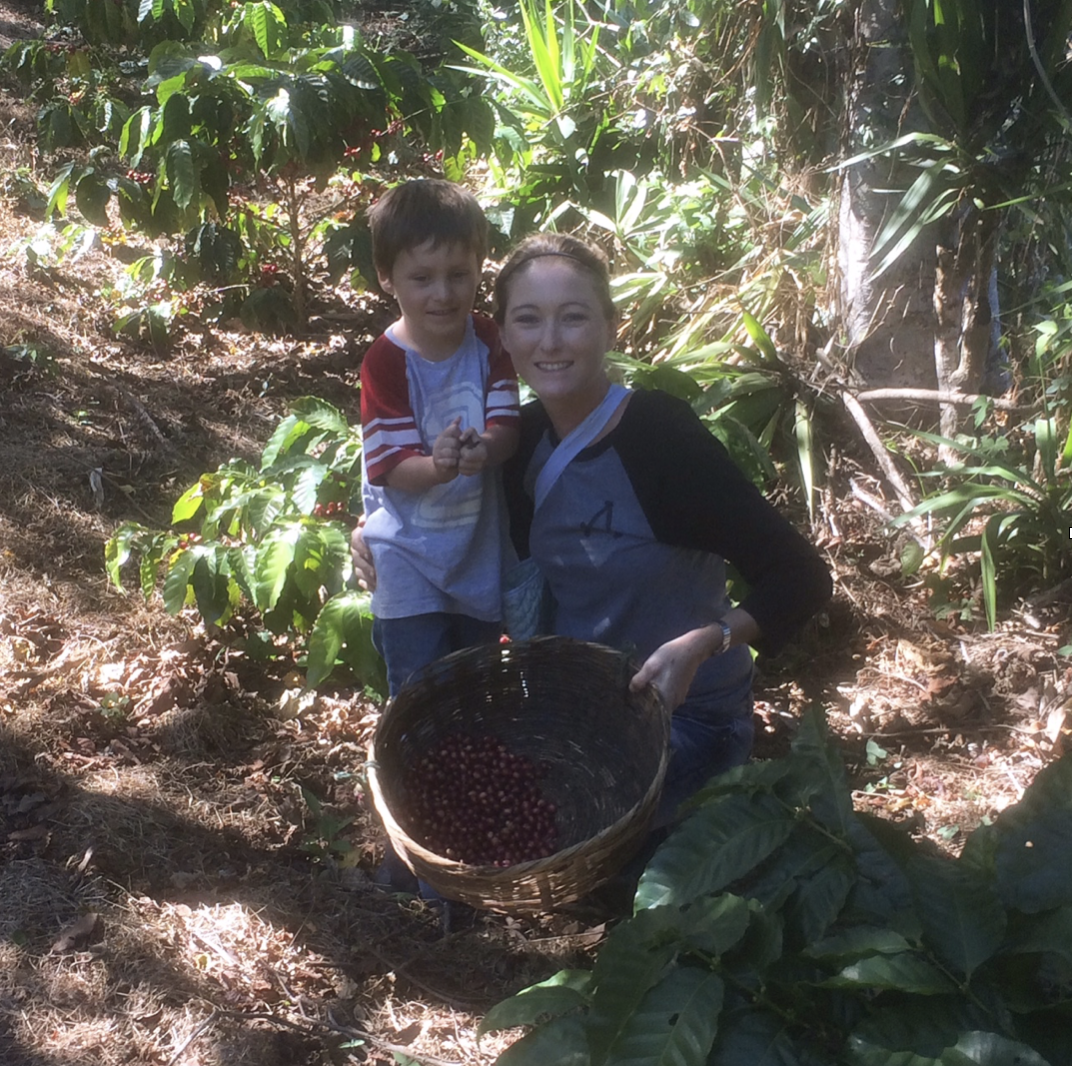 I’ve really been enjoying writing recently, and its been great starting to publish things on the blog again. I’ve also started write a book (have I told you about my book http://coffeeography.co.uk ). I never realised writing a book could be so time consuming, so it means the flow of things here is not as prolific as I might hope.

Step in guest bloggers, I’ve asked some of my coffee friends if they want to write something on the blog for everyone to enjoy.
The first door I knocked on was that of Alejandro Martinez from Finca Argentina in El Salvador. I gave him a blank piece of paper to share thoughts he has.
Little did I realise that he was going to scribble all over that paper and draw two fingers to the world. Well maybe not that bad, but I think the piece he has written is quite controversial, and make rattle some cages and make people have opinions, but what else is a blog for than to make people have opinions.
So sit back enjoy, and read the disclaimer the thoughts and opinions shared in this blog may not be that of the blog owner 🙂 But I must admit its made me challenge many of my thoughts, and brought clearer into focus how import it is that we don’t impose our values on society’s and cultures that have different ones.

The other day I went with my family to pick coffee at the farm. A few days later, my sister-in-law and I got into an argument about the topic of kids picking coffee. Apparently, she saw a picture that my wife posted of Lucas, my son, with a basket of coffee. It seems he did not look too happy, despite my counter claims that he had a blast. You can judge for yourself, since I am attaching the picture to this post. 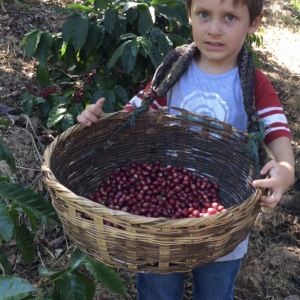 I feel that not everyone understands the complexity of the issue, and I thought about writing a little bit about it in order to shed some perspective from the field.

First, I do want to emphasize that it is preferable for children not to do any work. I do believe that kids should have fun and play as much as they can in their childhood. I empathize given that at my age and many years of hard work and pent-up bitterness, those days when you are young and without a worry were the best ones.

However, here is the hard reality of the rural farm worker and his family. Most workers get paid a low wage, which tends to be not sufficient to cover all basic needs. Furthermore, consider that work is often intermittent and there are times that a worker is unable to find work, sometimes for up to two or three months.

Now, consider the following factors:
School year is in sync with the coffee harvest: the school year usually ends about the time that the coffee harvest begins. Public schools are on vacation for the three or four months of the coffee harvest. It is not by coincidence but probably by design given how important coffee used to be in El Salvador. So, during the harvest, parents usually have no one to leave their children with given that both parents go out to pick coffee.

Children are usually not registered as workers. Kids normally are around, accompanying their parents. Heck, once I even saw an 8-month-old baby inside a basket next to her mom in the estate. I remember it vividly since he was the same age as my kid at the time. Thus, some kids will help their parents by combining their pickings with their parents. It is a way to contribute to the family income.

Picking coffee is not hazardous. No one is exposed to pesticides or toxic chemicals. The climate is mild and shade trees provide cover from the sun. There is one issue though, the weight of the coffee bag. Now, kids usually carry the amount that they can lift. In the case of my son, no more than twenty pounds…he is really skinny. 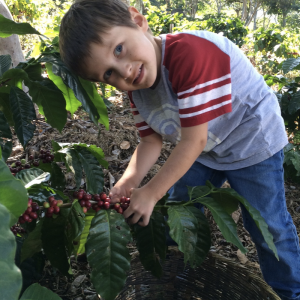 Finally, no one is forced to pick a minimum amount of coffee. At harvest, the coffee is paid by weight, so the more a worker picks the more he gets paid. Children are not able to pick the same amount as an adult, but it does not matter, since payment is done by weight.

So, I had a hard time explaining all this to my sister-in-law. It is easy to judge from the outside, but each family has their own unique situation. It is not popular to talk about this and I know it is a touchy subject, but I feel that we may do more harm than good if we preclude children from helping their parents around harvest time. We may even impact a child’s health if the kid goes hungry because his parents have no money to sustain him. So, why not allow them to contribute and make a better future for themselves?